What are Some Basic Ensemble Recording Tips?

Choose the Best Space
Where you choose to record your ensemble can make a huge difference in the sound. If possible, look for the following characteristics in your recording space:

Select the Appropriate Equipment
While it’s likely that you’re operating on a limited budget, try to use the best ensemble recording equipment you can afford, such as condenser microphones and high quality cables and headphones. Contact your Media Department to see if they can be involved in the recording project. If you’re short on funds, you could rent some equipment or see if another music program might allow you to borrow from them.

There are a number of options for recording your ensemble, see details below

Microphones
High-quality microphones are probably the single most important piece of equipment to successfully record your ensemble.

Set up the equipment properly
This may be the most intimidating part of recording your ensemble, but it doesn’t have to be! These simple set up tips will have you well on your way.

Perform Some Test Recordings
Before you bring your students in for final recording, it’s important to work out the kinks in the room and equipment set up by performing some test recordings. Using the tips from above, set up your equipment in the way you think will work best for your room, your ensemble and your musical selections. Ask a small group of students to help you make several brief recordings. You should carefully note the setup, adjust the equipment and seating for each test recording. Once you have several tests completed, listen to the recordings and note which set up gave you the best sound – you’ll use this setup for your final recording.

Recording Your Ensemble
Now you’re ready to record your ensemble. Set up the equipment and the musicians in the manner that gave you the best test recording. Set the recording levels carefully and check them using the loudest passage of the selection. Recording experts recommend you set the levels just under the loudest level on the meter. If you are using a mixer, set levels in this order: input level, mix, main and finally recorder levels.

On the day of your recording, allow enough time to do a sound check. Ideally, you’d also allow enough time to do more than one recording so you can get the absolute best results possible. Resist the temptation to adjust levels during the recording. Once you have set things up, performed your testing and sound check, then just let the musicians play. Be patient and give yourself time to learn and adjust. This is why it’s great to have time to do a second session – you could make minor adjustments after the first one if necessary.

Adjudicators will provide both a written adjudication sheet and recorded comments.
Adjudication comments are recorded and made available to all participating schools.

JUNIOR JAZZ
PERFORMANCE CRITERIA
* The minimum number of performers is ten (10) including percussion.
* Performance time not to exceed twelve (12) minutes.
* Play at least two contrasting works. Ensembles may play as many works as time permits.
* Recommend 1 piece selected from list A – Swing or Swing Style
* Recommend 1 piece selected from list B – Ballad or Ballad Style
* The third piece may be selected from list C, or may be in one of the following styles: Latin,
Blues, Shuffle, Rock, Swing, Funk.
* All ensembles are eligible for a Platinum, Gold, Silver or Bronze award.

SENIOR JAZZ
PERFORMANCE CRITERIA
* The minimum number of performers is ten (10) including percussion.
* Performance time not to exceed twenty (20) minutes.
* Play at least two contrasting works. Ensembles may play as many works as time permits.
* Recommend 1 piece selected from list A – Swing or Swing Style
* Recommend 1 piece selected from list B – Ballad or Ballad Style
* The third piece may be selected from list C, or may be in one of the following styles: Latin,
Blues, Shuffle, Rock, Swing, Funk.
* All ensembles are eligible for a Platinum, Gold, Silver or Bronze award. 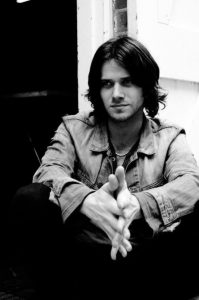 He has toured the world for more than a decade with acclaimed Australian bands, The Cat Empire, and The Bamboos, playing some of the biggest festivals and most well-known venues on the planet. As a large-scale composer and singer/songwriter, he has an almost iconic status, having a slew of live shows all across the country under his belt, as well as having music and songs featured on numerous films, documentaries, and Australian TV shows.

Ross has been a test piece writer for the GIJ and is past Musical Director of Generations In Jazz. His contributions towards music education and youth mentoring programs have been celebrated Australia wide. 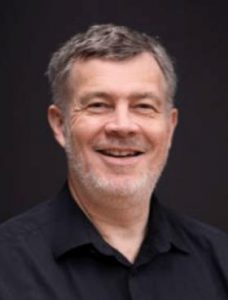 Prof. Rob McWilliams was born and raised in Melbourne, Australia. He holds a Ph. D. in Music/Music Education (conducting focus) from the University of Minnesota, a Master’s degree in Instrumental Conducting from Florida State University, and a Bachelor’s degree in Music Education from the University of Melbourne. Dr. McWilliams was a United States resident from 1991 to 2014 and served as Professor of Music and Director of Bands and Instrumental Music Education at the University of Wisconsin Oshkosh from 1996 where he also served as Head of Music from 2011 to 2014. Dr. McWilliams has conducted and presented at major music conferences in Japan, Hong Kong, the United Kingdom, Singapore, Europe, China, all states of Australia, and has been published in the Journal of Band Research, Teaching Music Through Performance, and is a composer/arranger with Alfred’s Music. In
early 2015 he relocated to Brisbane, Australia where he is currently working for Yamaha Music Australia as their Education Outreach Clinician, as well as teaching sessionally at the Jazz Music Institute and freelancing as a musician, educator, conductor, composer/arranger, and adjudicator.

Dr. McWilliams is available to deliver Professional Development on all topics related to ensemble direction in band, orchestra, and jazz (conducting, rehearsing, repertoire, recruiting, advocacy, improvisation pedagogy, etc.). He is also available for ensemble workshops, help with program setup and development, appearances as guest soloist, etc. In his current role as Yamaha Music Australia’s Education Outreach Clinician, with the mission of improving the quality and participation in instrumental music across Australia & New Zealand 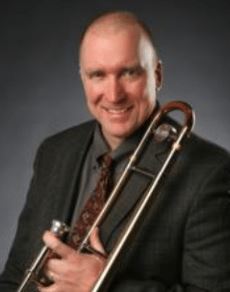 Dean Sorenson is Associate Professor and Director of Jazz Studies at the University of Minnesota as well as a prolific and highly sought-after composer, arranger, trombonist, educator, and clinician. He received his bachelor’s degree in trombone performance from the University of Minnesota and his master’s degree in jazz arranging and composition from the Eastman School of Music.

Dean’s most recent publication is STANDARD OF EXCELLENCE FIRST JAZZ PERFORMANCE, a collection of jazz charts for elementary bands and jazz bands. He is the co-author of the
STANDARD OF EXCELLENCE JAZZ ENSEMBLE METHOD and ADVANCED JAZZ ENSEMBLE METHOD, an innovative and comprehensive series for middle school and high school jazz ensembles. He is also the author of STANDARD OF EXCELLENCE JAZZ COMBO SESSION, and composer of numerous pieces for concert band and jazz ensemble published by the Neil A. Kjos Music Company. As an advocate of jazz education and the expansion of the repertoire, he continues to develop creative materials and methods to help students and teachers better understand the art form. An outstanding clinician, conductor, and soloist, he is frequently featured at festivals and conventions around the country and abroad. He also maintains a full schedule of concert and recording dates as a Yamaha performing artist.

Dean has composed and arranged for numerous ensembles including the Glenn Miller Orchestra, the Airmen of Note, the United States Air Force Band, and the Minnesota Orchestra.
He is active as a commissioned composer and arranger for jazz ensemble, concert band, and chamber ensembles.